I now understand that my friendship with anorexia was the most poisonous of all. She was the worst bully, and my sense of self-esteem was merely a deception, an empty promise of happiness that was to never come.

My 8-year-old self stood in front of the mirror with one word echoing through her brain. To this day–eight years later–I still don’t know exactly where I got it. No one ever said it to my face, but I guess they didn’t need to. I could see how different my body was from the bodies of the girls I was desperate to have as friends, different from the women I saw in magazines, different from what I wanted to be.

I moved up to secondary school anxious to make a fresh start. I found a few friends at the beginning of the year, and though I still wasn’t happy with my body, I stopped believing it was the cause of all difficulties in my life. However, it wasn’t long before the bullying started, and my self-esteem fell even lower.

The bullying occurred on several occasions over two years by different people and wasn’t always direct. While nasty text messages were perhaps more obvious, the worst was finding out my best friend had been talking about me behind my back for the past six months. At an age where friendship was paramount, this girl was my everything. When she defected to another group, I lost all confidence in my ability to have and make friends. My fragile self-esteem broke. Again, I was "fat."

In my third year of secondary school, I started self-harming. I was so angry at myself and I felt I had no other way of letting it out. For more than a year I cut. Even though I made some good, supportive friends, I kept harming myself.

Fast forward two summers: Over the last six months I had been struggling with overeating, which had resulted in a fair amount of weight gain. During the winter I hadn’t noticed it much, but by the time swimsuit and tank top season rolled in, it was obvious to me that my weight was crossing over into the unhealthy bracket. For me, this meant ultimate failure. "Fat" was why my friends had left me. "Fat" meant unworthy, horrible, ugly, disgusting, unwanted, undesirable, unpopular, out of control, unacceptable…something needed to change.

Within two weeks I went from one extreme to the other: I barely ate and exercised daily. And I felt so good. I was finally in control. Watching the number on the scale go down was the most satisfying feeling I’d ever had, and hunger seemed a small price to pay to finally not be "fat." I was thin.

Anorexia had begun to take control. I went away on a 10-day French exchange where I barely touched food. I no longer thought of food as simply food; it was all numbers to me. Numbers that ran around my mind all day, jumbled into obsessive thoughts and unhealthy compulsions, numbers that eventually would equate to my body shutting down on me.

When school started up in September I was significantly smaller than I had been three months earlier. My friends noticed. My family members were begging me to stop. Even people who I barely talked to commented on my "transformation." For once, I felt like I was being talked about for the right reasons.

Despite pleas from my mum, I refused to stop losing weight. I felt in control, and the thinner I got, the better I felt about myself. Anorexia gave me such an illusion of control that I simply couldn’t give it up. After months of trying to manage at home, my mum took me to the doctors in November.

It’s been just over a year that I was diagnosed with anorexia nervosa. The recovery process has been challenging but I now understand that my friendship with anorexia was the most poisonous of all. She was the worst bully, and my sense of self-esteem was merely a deception, an empty promise of happiness that was to never come.

I am now working hard to fight off this illness that has taken so much from me. I may not have quite the same ability to make deluded thoughts sound as appealing as anorexia does, but I have logic and self-love on my side. And as the author Clyde Dsouza wrote in "Memories with Maya," "It’s amazing how once the mind is free of emotional pollution, logic and clarity emerge."

Would you like to Send Along a Link of This Story? https://womensenewsp.wpengine.com/2015/02/teen-describes-path-to-eating-disorder-getting-better/ 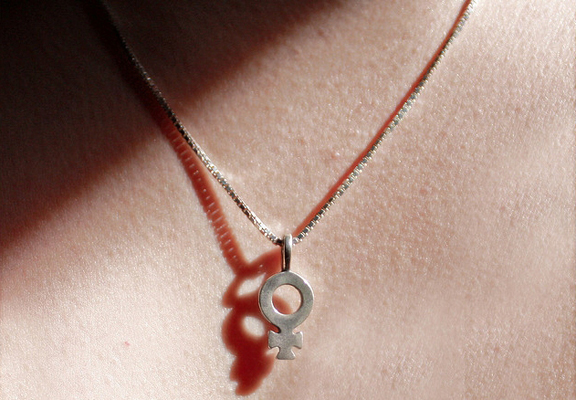 Why ’50 Shades of Grey’ Is Turnoff for Real Women