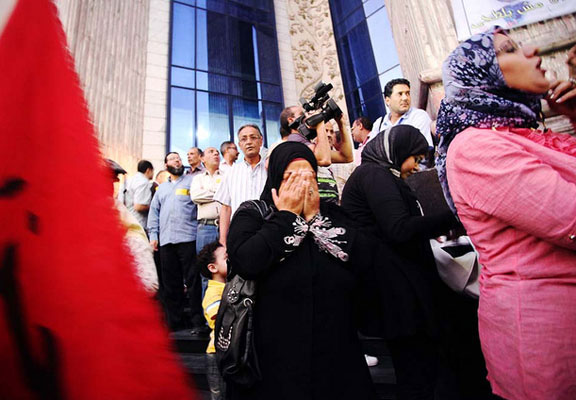 A democracy activist calls the current conditions in Egypt worse than under Mubarak and the treatment of women in detention as “horrific, absolutely horrific.” Her assessment is echoed by a variety of groups; anti-military outrage has spread beyond pro-Morsi Islamists.

(WOMENSENEWS)– A Facebook group called Egypt’s Queens: Imprisoned has been keeping an online list of women detained by Egyptian security forces since the July 2013 military ouster of President Mohamed Morsi.

The group says more than 2,500 peaceful protestors, men and women, have been killed and at least 15,000 political opponents have been detained, persecuted and tortured since last summer.

The group, which does not disclose any political affiliation, says “human rights violations have reached unprecedented records.”

When Egyptians took to the streets to oust President Hosni Mubarak in 2011, they demanded the end of the dictatorship, the corruption, the difficult conditions of life and violations of human rights.

Three years later, those democratic longings are smashed, said Fatima Said, spokesperson for the London-based organization British Egyptians for Democracy. “It is definitely much worse than under Mubarak,” she said during a Skype interview last week. She described the treatment of women in detention as “horrific, absolutely horrific.”

Said denounced the “double standard” by media groups who treat the abuse of female detainees linked to the Muslim Brotherhood as less newsworthy. “When the women belong to the Islamist camp there is much less regard towards them, not so many people want to cover the story because it is more palatable to have someone who is described as liberal and who is being repressed.” She insists that women from all parts of the society have been assaulted by the current military regime.

Said recalls women being arrested during protests organized by liberal groups late last year. “The women were harassed while being detained and after being detained the police took and drove them out into the desert, dumped them there and told them to make their way back home,” she said.

A protest law restricting the right to public assembly signed in late November by interim President Adly Mansour has given the Interior Ministry wide discretionary powers over protests, including the use of firearms against peaceful protesters. Protesters convicted of breaking the law can face up to five years in prison and fines of $14,513.

Large numbers of the young women arrested since July 2013 are students, some as young as 15, Said told Women’s eNews. Since they are minors, they are being detained in juvenile centers but they are still going through the same kind of sexual abuse, torture and harsh treatments meted out to adults.

Egypt’s Queens: Imprisoned’s data–based on personal anecdotes collected through its member network–include stories of what women have suffered in detention.

In a Feb. 1 post, the site tells the story of Dr. Mervet Galeela, a radiologist, who “has been beaten and arrested while working at her hospital  . . .  for having a small Rabia symbol pinned to her clothes.” The doctor is currently detained and under interrogation.

Rabia means fourth in Arabic and at first the sign was used to signal outrage at the events of Aug. 14, 2013, when thousands of men, women, children, infants and older people were killed in Rabaa al-Adawiya Square in Cairo during a pro-Morsi protest. Since then it has been adopted more generally as a symbol of resistance and protest against military regimes worldwide.

Along with the leaders of several other groups, British Egyptians for Democracy’s Said said “trumped up” political charges are being used against detainees. She said mere possession of a camera, wearing badges that say “down with military rule in Egypt” or making the four-finger “Rabia sign” can lead to arrest and conviction.

In a Skype interview, the spokesperson for Egypt’s Queens: Imprisoned, who asked not to be named for safety reasons, said female demonstrators on college campuses are being threatened by security and police officers. “‘We are going to rape you and get you pregnant,’ they say to the women,” said the spokesperson.

When Morsi was ousted by the Egyptian military last summer some liberal protest factions held back from decrying it as a military coup. But popular discontent with strongman tactics associated with the regime of ousted President Mubarak is now spreading.

Egypt’s current president named a new prime minister on Feb. 25, a day after his predecessor, Hazem el-Beblawi, resigned abruptly without stating his reason. El-Beblawi was appointed after Morsi’s ousting in July 2013.

Abdel-Fattah al-Sisi, commander-in-chief of the Egyptian Armed Forces and the minister of defense, is widely seen as the favorite to win the presidential election expected this year but not yet scheduled. In April 2012, al-Sisi, who led the anti-Morsi coup, defended the practice of submitting female protesters, those who demonstrated against the military in the aftermath of the Mubarak’s ouster, to virginity tests. He argued they were carried out “to protect the girls from rape, and the soldiers and officers from accusations of rape.”

A couple of weeks ago, an Egyptian woman, in a video posted by Rassd News Network on Youtube, added to the tableau of violence against women. She said she gave birth handcuffed to her hospital bed after being randomly arrested on her way to the hospital on Jan. 14. Dahab Hamdy, 18 years old, was eight months pregnant when she accidentally got caught up in an anti-coup protest. She faces charges of taking part in an illegal protest, rioting and disrupting the polling process.

Earlier this month, Amnesty International called for the release of three women arrested on Nov. 12, 2013, after clashes erupted on the campus of Mansoura University between supporters and opponents of the Muslim Brotherhood.

In a statement on their website, the rights group said: “The authorities have displayed a brazen disregard for the right to peaceful assembly in recent months and have sought to clamp down on any form of dissent with a restrictive new protest law.” After four adjournments, the trial for the three women is now scheduled for March 28.

Earlier this month, the Ministry of Interior denied the allegations of arbitrary arrests and torture in jail since the protest law was issued in November, Ahram Online reported Feb. 12. The Egyptian online publication said that 16 human rights organizations are demanding “swift investigations into what they described as “increasing and shocking allegations of torture and sexual assaults against those detained at police stations since 25 January.”

The London-based Arab Organization for Human Rights said in a Feb. 10 press statement that it had received complaints from the families of 12 students imprisoned in Egypt. “Families reported that the girls were assaulted, tortured, sexually harassed and had their Islamic head covers removed by security and police officers following their arrest. The girls were also subjected to virginity tests several times at Nasr police station in addition to being tortured there before being transferred,” the statement said.

Said, the spokesperson for British Egyptians for Democracy, said women who are victimized in detention can be blamed and stigmatized for the rape and other sexual abuses they suffer. That makes it hard to track what’s happening. The same stigma and rejection is even worse for men, making those stories even harder to document.

Women Against the Coup is a group that belongs to the National Alliance Supporting Legitimacy, which describes itself as an Islamist coalition. However, Alaa Hosni, the group’s spokesperson, said not all of its members are Islamists.

Hosni’s group has documented 1,500 cases of abuse against female detainees since Morsi’s ouster in July 2013. The number is considered low due to the difficulty of tracking the incidents in the context of pressures and intimidations by security forces, Hosni said in a Skype interview this week. She said the group has documented 150 cases of women who are currently detained.

Among them, 30 women have been subjected to a pregnancy test and around five were subjected to a virginity test. Hosni has heard rumors about women getting pregnant after being raped in detention, but so far she cannot confirm or refute them. She could not provide an estimate of the number of women and girls who have been missing or kidnapped since the past summer. 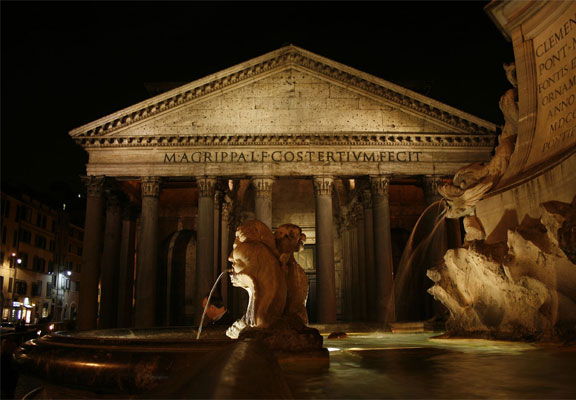 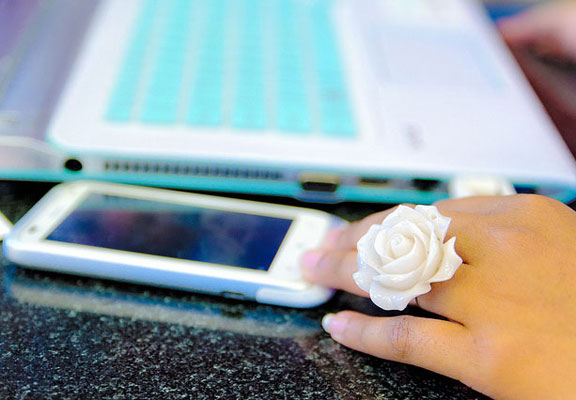 Video: ‘Girls Who Code’ Talk About the Inspiration