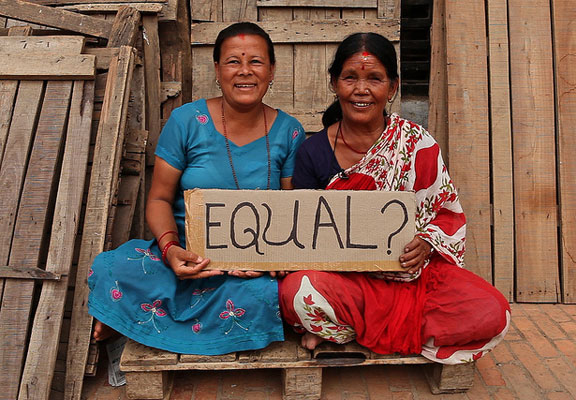 What were the most popular Women’s eNews stories of 2013? Find out.

(WOMENSENEWS)–This year we’re celebrating the biggest stories on Women’s eNews by the numbers. That means the top 10 articles that you, our readers, voted for by reading, forwarding and amplifying our stories online.

These stories span a wide range of newsy events, from environmental toxins in makeup to numerous articles highlighting issues impacting Muslim women. One isn’t even a story.

Here are our most read articles of the year:

No. 10: ‘Shades of Grey’ Frenzy Moves to Lingerie Rack

Shades of Grey has been big news ever since it became a best selling, digitally published novel by unknown British author E. L James. In preparation for the film adaptation, scheduled for release in 2015, Australia became the first country to put 50 Shades of Grey-inspired lingerie onto their clothing lines. But some women’s activists were certainly not celebrating.
Read the full story.

No. 9: Toxin-Free Cosmetics Expand Market-Share
The result of a grant from The Woodtiger Fund, this story by Molly M. Ginty takes a closer look at the fact that while toxic chemicals have been removed from some makeup, these ingredients still persist after a decade of controversy. Luckily, consumer resources are coming to the rescue.
Read the full story.

No. 8: Pregnant? Watch Your Risks in Great State of Texas
WeNews founder and editor in chief Rita Henley Jensen’s article focuses on maternal mortality in Texas, based on two reports received from a researcher for the Texas Health and Human Services Commission, Quality of Care Division. The story is part of our long running Black Maternal Health series.
Read the full story.

No. 7: Media Portrayal of Black Women the Real ‘Scandal’
In this opinion piece, reporter Angeli Rasbury skipped the rave reviews of the big TV hit show “Scandal,” starring Kerry Washington,” and looked instead at the representation of black women in TV history and present. Her article struck a note around the country.
Read the full story.

No. 6: Video of Fun-Loving Veiled U.S. Muslims Goes Viral
This story is only the first of many about Muslim women, fashion and feminism that features in our most read of 2013 list. In this piece, staff reporter Hajer Naili explores the Mipsterz (Muslim hipsters) craze hitting social media.
Read the full story.

Credit: Person Behind the Scenes/Sergey Kukota on Flickr, under Creative Commons (CC BY-ND 2.0).

No. 5: Femen’s Islam-Bashing Disregards Muslim Feminism
In fifth place, this commentary changed the narrative on Ukrainian group Femen’s assault on Muslim feminism. Many Muslim women around the world disagreed with the attack on their religion being done in their name when Femen organized a “topless-Jihad” day.
Read the full story.

No. 3: “Don’t Cause Rape” Cartoon
The third most popular story this year is actually a cartoon by Mikhaela and Makeesha Wood. This team has been providing quality cartooning of the day’s news for years now, and this year they went viral with “Don’t Cause Rape.” The cartoon succinctly said what many op-eds this year had to repeat – we need culture to say “don’t rape” not, “don’t get raped.”

No. 2: Muslim ‘Hijabistas’ Generate Growing Fashion Buzz
This story, also by Hajer Naili, put Women’s eNews in the loop well before the Mipsterz trend exploded online in December 2013. It explores how the modesty factor of Muslim fashion, including the head covering hijab, has a wide reach.
Read the full story.

No. 1: Latina Converts to Islam Growing in Number
The most popular story this year is from Hajer Naili’s reporting series on Muslim women during Ramadan in 2013, chronicling the stories of Latina women converting to Islam. For one woman it started with a quest for a closer connection to God, while for another it was the surprising discovery that Islam might help her resist the domination of her Catholic father.
Read the full story. 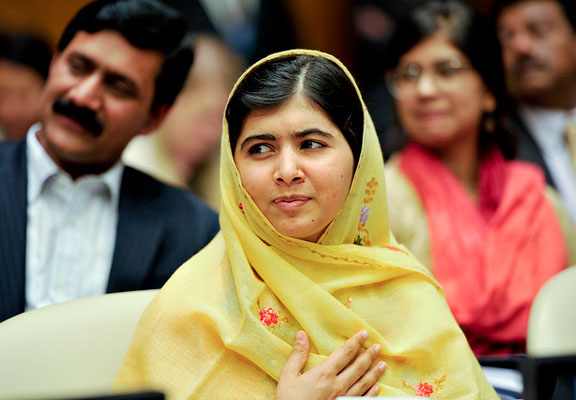 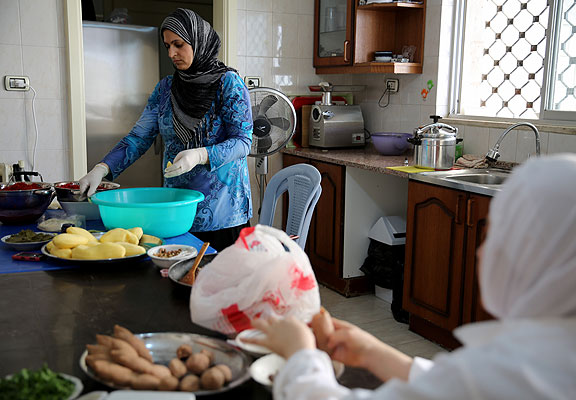