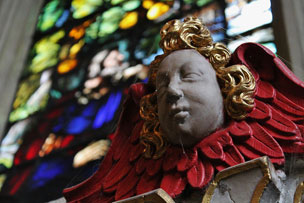 The Church of England may be a step closer to ordaining female bishops. Meanwhile, the U.S. Supreme Court declined to halt a Texas law that has forced more than a dozen of the state’s women’s health centers to stop providing abortion care.

The Church of England’s ruling body voted Nov. 20 for proposals that could approve the ordination of female bishops next year, Yahoo News reported. The General Synod voted 378-to-8 in favor of the move, clearing the way for a potentially historic vote next year. England’s state church has been under intense pressure from the public and politicians to permit female bishops since previous legislation narrowly failed to pass in the General Synod almost a year ago.

Voters in an unprecedented municipal vote on the banning of abortions for women over 20 weeks pregnant in Albuquerque, N.M., did not approve its passage, The New York Times reported Nov. 20.

A flash dance mob, choreographed to the song "Break the Chain," also the theme song for the One Billion Rising campaign to end violence against girls and women, was scheduled for Nov. 22, Wisconsin’s The Cap Times reported Nov. 19.

Ms. Foundation for Women Co-founder Gloria Steinem and a slew of other female leaders were awarded the Presidential Medal of Freedom, Ms. Foundation said in a press statement on Nov. 19.

Two major political parties in Germany agreed to propose legislation requiring German firms to set a quota of 30 percent women for their non-executive board by 2016, The Independent reported Nov. 18.

The U.S. Labor Department reported that a record number of 67.5 million women are currently employed in the work force, The Wall Street Journal reported Nov. 17.

The International Federation of Journalists launched a global campaign Nov. 22 to denounce violence against female journalists and alert public authorities on their need to end impunity for these crimes.

After four women in a restaurant in Senegal were arrested Nov. 11 for violating the country’s law banning homosexual acts, a judge said there is insufficient evidence to convict them. Adama Traore announced the verdict and freed the women on Nov. 20, Wisconsin Gazette reported Nov. 21.

Egyptian women have taken to the streets to urge the interim government policymakers to protect educational rights of women as the country’s leadership amends the constitution, Desert News reported Nov. 20.

The National Labor Relations Board General Counsel charged Wal-Mart for violating employees’ rights, including illegal firings, the board said in a press statement on Nov. 18.

The U.S. Supreme Court declined to halt a Texas law that has forced more than a dozen of the state’s women’s health centers to stop providing abortion care, leaving large parts of the state without an abortion provider and preventing women from obtaining abortions, the ACLU said in a press statement Nov. 19. NARAL Pro-Choice America called the High Court’s decision not to intervene in a lower court ruling a devastating blow to women’s health. The case will now continue in the Fifth Circuit Court of Appeals, which will hear the full merits of the case in January 2014, said the ACLU.

Florida’s Marissa Alexander was not released on bail as she awaits a new trial after a hearing on Nov. 13. A second hearing is scheduled for Jan. 15. The petitions for Alexander’s release are being heard by Judge James Daniel in Jacksonville. Daniel was the trial judge in Alexander’s original case and sentenced her to 20 years in prison for aggravated assault with a deadly weapon and a year sentence on a misdemeanor battery charge. The criminal charges grew out of a 2010 confrontation between Alexander and her husband Rico Gray, during which Alexander fired a warning shot from a rifle. The couple are divorcing. While Alexander has been in prison, Gray, who has been described as a "serial batterer," has had custody of the couple’s daughter, now 3 and a half years old. Read Alexander’s motion for pretrial release.

Also in Florida, a female friend of George Zimmerman, acquitted of killing Trayvon Martin, said he tried to choke her the previous week during an confrontation that was not initially reported to police, a prosecutor told a judge Nov. 19, the Associated Press reported. Zimmerman’s prosecutor Angela Corey also prosecuted Alexander, claiming Alexander acted on anger, rather than fear, as Zimmerman was assumed to do.

Women’s retirement options are less than ideal, USA Today reported Nov. 18. Women’s increased lifespans and lack of financial resources, in part due to a gender gap in wages, leaves women in a vulnerable position come retirement, according to AARP. Due to women’s tendency to enter and leave the work force for family obligations, pensions are rare.

Women who identify as a Muslim by sporting a hijab, a veil to cover their head, or a niqab, a veil that covers the face except for the eyes, have been found to be more likely targets of hate crimes than their male counterparts, The Guardian reported Nov. 19.

On Fox’s business segment on Nov. 18, host Stuart Varney attributed the absence of female tech executives to inherent physiology, Raw Story reported. Varney said there was "something about the female brain" which prevented companies from hiring women for board positions.

In the next 10 years, 100 million girls younger than 18 years of age will be married, The Pioneer reported Nov. 16. In a report conducted by the World Health Organization and UNFPA, "Married Adolescent: No Place for Safety," it was said that Bangladesh, Burkina Faso and Chad will have a minimum of 60 percent of girls under the age of 18 married.

Police in London rescued three women –a Malaysian woman, 69, an Irish woman, 57, and a British woman, 30 — who have been held as slaves for more than 30 years, The Daily Mail reported Nov. 21.

The U.S. Army has decided to use images of female soldiers in a less than aesthetically feminine state, such as covered with mud, in order to generate PR that is more conducive to attracting more competent recruits, TODAY reported Nov. 20.

Under the duress of Pentagon orders to include women in all military positions including combat, the Army’s top officer said physical requirements will not be compromised in the process, USA Today reported Nov. 18.

An all-girls Catholic school, Mercy Academy in Louisville, Ky., launched the site "You’re Not a Princess," a female empowerment campaign to nullify the notion of things spontaneously falling into place, reminiscent of a fairy tale, and to spread the message that one is in charge of their own life, Business Insider reported Nov. 18.

The first all-woman bank in India was approved of by the Election Commission, The Washington Times reported Nov. 18.

Women who take the oral contraceptive pill over a three-year period have double the chance of being diagnosed with glaucoma-induced blindness, The Daily Mail reported Nov. 18.

After less than 11 percent of female candidates were nominated in Nepal for the upcoming Nov. 19 elections, women across the political spectrum have banded together, Al Jazeera reported Nov. 17. For the first time ever, Nepal has conducted a gender inclusiveness report that aims to assess the degree of gender discrimination in the eminent elections, My Republica reported Nov. 17.

Doris Lessing, who expressed dismay for her 2007 Nobel Prize in literature, died at 94 years old, The Los Angeles Times reported Nov. 18. Lessing is known for her work in early feminism and writing about socio-political conflicts throughout her life.

Would you like to Send Along a Link of This Story? https://womensenewsp.wpengine.com/story/cheers-and-jeers/131122/uk-inches-female-bishops-texas-abortion-law-remains 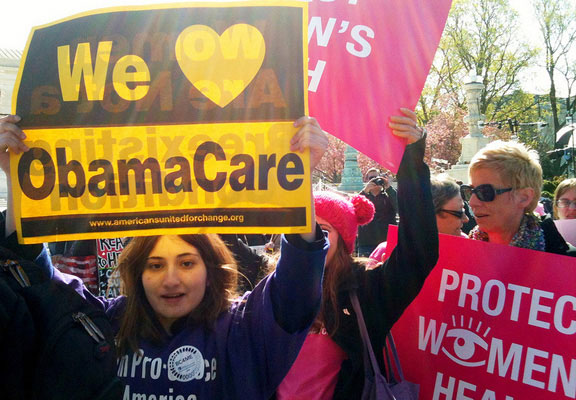 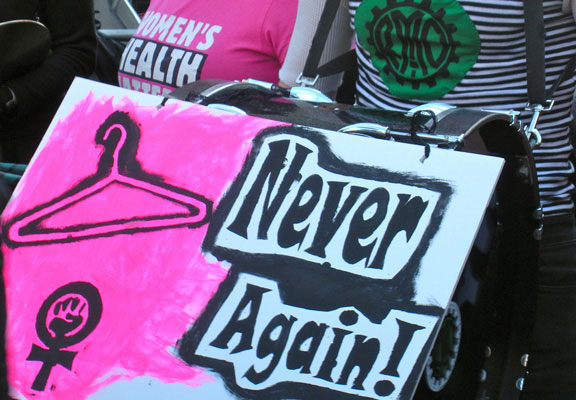