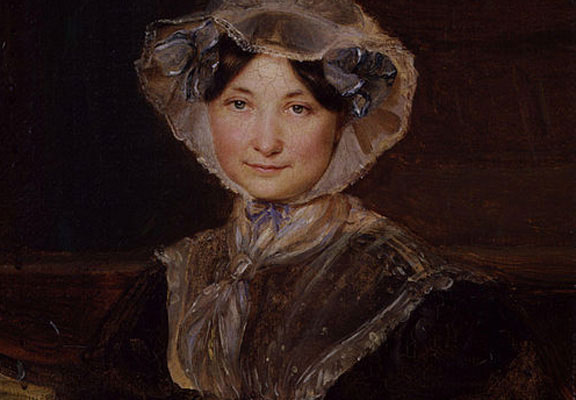 These middle-aged women, born within half a century of each other, all used their arrival on U.S. soil as an opportunity to remake themselves, showing that there is life after age 50 for women, says Sara Wheeler in this excerpt from “O My America!”

(WOMENSENEWS)– Of all the hundreds of books Britons have disgorged about their American experiences, Fanny Trollope‘s captured my imagination, and not just because the author’s name was an event in itself. (She was Anthony’s mother.)

“Domestic Manners of the Americans,” a smash bestseller on both sides of the pond, turned out to be a traveler’s account of the republic halfway through its journey from Independence to Civil War — Trollope arrived 54 years after the Boston Tea Party and 182 years before the Republican Tea Party. Furthermore, she was a Bristolian of modest origins, someone just like me. I warmed to the personality that leaped off the page and to the author’s blend of topographical description, social commentary and waspish humor.

Trollope was 49 when she took off for Ohio. Like her, I knew a little about the conflicting demands of motherhood, economics and sanity. I had been tethered to a succession of books and children for many years, fearful of everything: not being taken seriously, not earning enough money, not building enough Legos. Not so much a caged bird, more a migratory one off course, endlessly gliding on the thermals. Often I felt like two separate people: writer, and domestic slave. Ahead of me the Frumpy Years stretched out like a downhill catwalk. Fifty is a tough age. Role models are scarce for women contemplating a second act. Trollope was living proof that there is life after fertility, and in the course of the thermal-gliding I set out to discover if any other women had reinvented themselves in America, land of new starts.

Looking back, it seems like the six characters in this book dropped out of the skies on to my desk. Born within half a century of one another, each of them followed the frontier west until the rails joined the coasts and made a nation. In their books and journals they wrote about eating oysters, making soap from pig gut and groping for a portmanteau in the freezing pre-dawn darkness of a boarding house. They describe a line of slaves vanishing in the mists of the Carolinas and the way the oars of Mississippi flatboats bend like straws in the current. They saw how America was shaping up and wrote it down while navigating the shark-infested waters of their own lives.

‘Battle to be Themselves’

Of course, the six women who stand up in these pages are quite different one from the other, both in personality and in the light they shine on an emerging America. The battle to be themselves in a man’s world as late middle age loomed united them in my eyes.

The year after Trollope left America, her namesake Fanny Kemble stepped off a square-rigged clipper in a still stifling New York. This Fanny was a glamorous actress, the equivalent of a Hollywood star before the Victorians covered up the bosoms of Regency England. Touring as Juliet, she fell in love with the owner of two plantations in the Georgia Sea Islands, a swampy, miasmic region where the slaves flailed by hand, as they did in biblical times. The lovers married and Kemble took her place among the tidewater aristocracy. But the plantations were not Tara. This was a role Kemble could not play. Star-crossed doesn’t begin to describe the union. Her personal story is more dramatic than the scenes she acted out on the boards, and in this book Kemble reveals something of the terrible complexity of slavery.

“I am afraid she is not likely to like me much,” Kemble confided to a friend when the English radical Harriet Martineau appeared on her own two-year tour of Jacksonian America. Martineau was a popularizing political economist, among the first of that species, and a particular kind of professional spinster who made a Faustian pact with a world that did not belong to women: she would pretend not to be a woman at all. Martineau’s multitudinous books and pamphlets sold by the million. (I find them almost unreadable, a symptom, no doubt, of a weak intellect and an inability to engage with political economy, the concepts of which rarely seem to bear any relation to reality.) Like Kemble, Martineau loved America, and America loved her. On the day she arrived in D.C., 600 callers in stovepipe hats left cards in the parlor of her boarding house, and she later dined with the lanky president.

My fourth subject, Rebecca Burlend, would have taken a loaf of bread over supper with the top man. When she crossed the Atlantic with five children she was almost 40, and had never traveled more than 10 miles from her Yorkshire village. Installed in a log cabin in the Illinois River valley, Burlend and her husband wore the same clothes for two years and plowed the black earth by hand because they had no oxen.

Then there was Isabella Bird, who in her 40s rose from an Edinburgh, Scotland, sickbed and went careering through Colorado on horseback, bedding down with the dudes and chancers roaming the West. “Travelers,” Bird wrote, “are privileged to do the most improper things with perfect propriety.” My sentiments exactly.

Finally, Catherine Hubback, Jane Austen’s niece. She had eight novels and three adult children to her name when at the age of 52 she rode the rails from New York to San Francisco, stopping at lonely station eating houses and shivering through the Wyoming hills dreaming of her husband locked in a far-off asylum. The golden spike that had just linked both halves of the Transcontinental Railroad signaled that the first chapter of the country’s modern history had closed. So the train, the machine that did the most to transform the 19th-century United States, brought this book to a logical end. Like the others, Hubback reinvented herself. It was already morning again in America.

All these women had grown up with the entrenched idea that life was more or less over for a woman at 50–on the streets of Cincinnati, strangers addressed Trollope as “Old Woman”– yet they struggled to prove that their lives were not over. Notions of personal identity, reinvention and redemption recur in various guises throughout these pages, giving the lie to my hero F. Scott Fitzgerald’s bitter assertion that there are no second acts in American lives. In addition, the women all, to one extent or another, perceived America and in particular the frontier as both Eden and tabula rasa. It represented an inner land from which they fashioned their second acts. And they were deeply engaged in the vexed relations between the old country and the new.

Excerpted from “O My America!: Six Women and their Second Acts in a New World” by Sara Wheeler, published in September 2013 by Farrar, Straus and Giroux, LLC. Copyright © 2013 by Sara Wheeler. All rights reserved.

Sara Wheeler is the author of many books of biography and travel, including “Access All Areas: Selected Writings 1990-2011” (North Point Press, 2013) and “Travels in a Thin Country: A Journey Through Chile.” “Terra Incognita: Travels in Antarctica” was an international bestseller and “The Magnetic North: Notes from the Arctic Circle” (FSG, 2011) was chosen as Book of the Year by Michael Palin, Will Self and others. Wheeler lives in London.

Would you like to Send Along a Link of This Story? https://womensenewsp.wpengine.com/story/our-history/131107/six-women-pioneered-us-frontier-in-mans-world 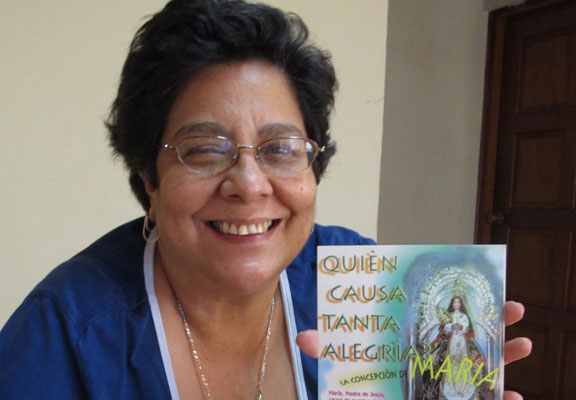