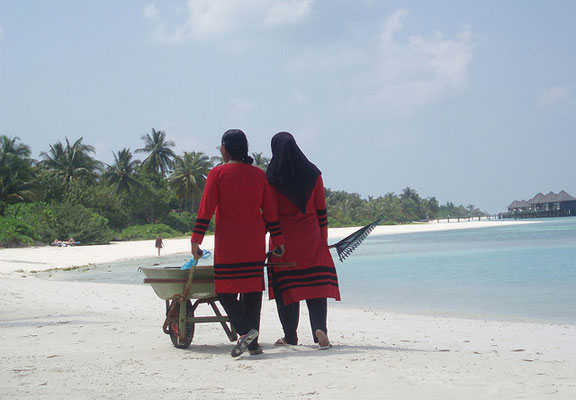 A lashing sentence for a 15-year-old was overturned by a Maldives court. But a Gallup poll indicates that 15 percent of American women were passed over for a promotion or an opportunity at work because of their gender.

A 15-year-old who was sentenced to 100 lashes for engaging in premarital sex has had her punishment overturned by a Maldives court, BBC News reported Aug. 22. In a decision hailed by rights groups, the High Court ruled that the teenager, whose stepfather is on trial for raping her, had been wrongly convicted by a juvenile court of having premarital sex with another man.

The Maldivian government appealed on behalf of the teenager following international outrage in February at the sentence, which was to be imposed when she reached the age of 18. Her stepfather was accused of raping her and impregnating her, then killing the baby.

With Congress set to take back up debates on a 20-week abortion ban in just a few weeks, key state government documents show that there is no evidence for further state or federal restrictions on abortion for the health and safety of women, RH Reality Check, which conducted the investigation, said in an Aug. 21 press statement. The group’s report, the first of a multi-part series, unveils a new database aggregating thousands of pages of documents from 46 state health departments and attorneys general.

An Oklahoma judge has blocked a law that would restrict over-the-counter access to emergency contraception to younger women, the Associated Press reported.

A federal lawsuit filed on behalf of Planned Parenthood of Indiana and Kentucky claims that changes made by the Indiana General Assembly to a state law pertaining to abortion clinics are unconstitutional, the Indianapolis Star reported Aug. 22. The lawsuit targets a law that changed the definition of “abortion clinic” to include facilities that provide only the abortion pill mifepristone to terminate a pregnancy.

State legislatures trying to curtail abortions have suffered a 0-for-8 losing streak after court challenges to their new laws this year, Bloomberg News reported Aug. 20. The laws, all but one signed by Republican governors, drew on ideas from a playbook created by an anti-abortion group.

Pro-choice groups, meanwhile, are calling on women who’ve had abortions to share their positive stories about the experience by writing a 500- to 1,000-word essay that will be shared with the public on the #AbortionMatters blog, the Christian Post reported Aug. 21.The campaign aims to “destigmatize abortion, encourage wider education on the procedure and normalize the conversation.”

Swedes are showing their support for one hijab-wearing woman who was harassed and assaulted in Stockholm, Al Jazeera reported Aug. 19. According to police, the victim believes this was a faith-based hate crime. Using the hashtag #HijabUppropet, which means “hijab outcry,” women, children and even men are posting pictures of themselves online wearing the traditional Muslim headscarf.

Bob Filner, the embattled San Diego mayor accused of sexually harassing at least 18 women, is expected to resign as part of a deal reached during mediation negotiations, Politico reported Aug. 22.

School bookkeeper Antoinette Tuff is being hailed as a hero after she averted what could have been a catastrophic elementary school shooting in an Atlanta suburb, reported Parade Aug. 21. Tuff managed to stop Michael Brandon Hill, 20, who slipped past school security at a Georgia school for pre-kindergarteners to fifth graders, with an assault rifle and other weapons.

Indonesian officials dismissed as excessive and unethical a proposal by an education official on Sumatra island that would require female senior high school students to undergo virginity tests to discourage premarital sex and protect against prostitution, the Associated Press reported Aug. 20.

Forbes Magazine has released its annual list of top-100 news sites for women. The list, posted Aug. 20, offers a number of sites that Women’s eNews is proud to be among. More than 30 percent of this year’s sites are new to the list, which takes an increased focus on millennial women and entrepreneurship. This list is not ranked and editors say it is selected from over 2,000 submissions.

In a recent Gallup poll, 15 percent of American women said they have been passed over for a promotion or an opportunity at work because of their gender, Think Progress reported Aug. 21. Thirteen percent reported having been denied a raise for the same reason. When Gallup asked men these questions, just 8 percent said they were denied a promotion because of their gender and a mere 4 percent reported being denied a raise for that reason.

Women are facing similar discrimination in the United Kingdom. Male bosses are being paid bonuses double the size of those given to female colleagues in identical jobs, The Guardian reported Aug. 19. The figures were released by the Chartered Management Institute.

A 22-year-old photojournalist has been gang raped by five men in the Indian city of Mumbai, BBC News reported Aug. 23. The woman, who was on assignment in the Lower Parel area when she was attacked, is in hospital with multiple injuries. She was accompanied by a male colleague who was beaten by her attackers. Police have arrested one of the suspects.

A well-funded anti-abortion group is direct mailing DVDs to lawyers in order to entice them to sue doctors who provide abortion, Mother Jones reported Aug. 19.

Sixty-nine percent of adults over the age of 18 agree that sex ed classes should include information about accurate prevention methods in addition to messages about delaying sex until teens are ready for it, ThinkProgress reported Aug. 23.

Bradley Manning, the Army private who pleaded guilty to leaking government files to WikiLeaks and was sentenced to 35 years in military prison, said in a statement that “I am female” and wants to begin living life that way, The New York Times reported Aug. 22.

Fast food and other low-wage workers across the country are threatening to strike on Aug. 29, according to the Low Pay Is Not OK.

Leaders of Femen, the Ukrainian women’s rights group known for staging bare-breasted political protests, demanded government protection after two of them and a male associate were assaulted while on vacation in the Black Sea port city of Odessa, The New York Times reported Aug. 18.

A photo of two members of the Russian women’s 4×400-meter relay team kissing after receiving their gold medals made headlines on the final day of the World Track and Field Championships, NBC reported Aug. 18.

On Aug. 24 Tesco stores in the United Kingdom are being targeted as part of a national day of action called by the Lose the Lads’ Mags campaign, led by U.K. Feminista and Object, the two organizations said in a press statement Aug. 21. Protests are taking place outside Tesco stores in Scotland, England and Wales to demand that the U.K.’s biggest retailer stop selling pornographic lads’ mags like Nuts and Zoo.

Would you like to Send Along a Link of This Story? https://womensenewsp.wpengine.com/story/cheers-and-jeers/130823/lashing-sentence-stopped-women-face-promotion-gap 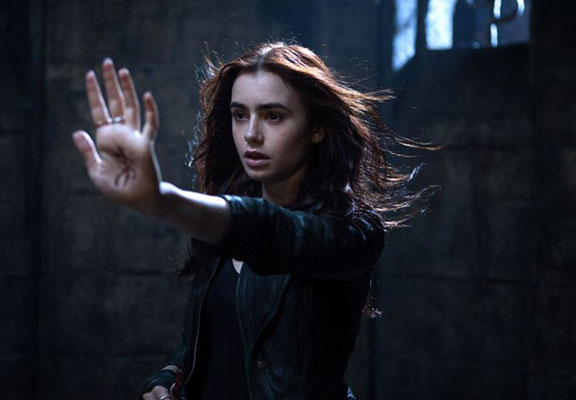 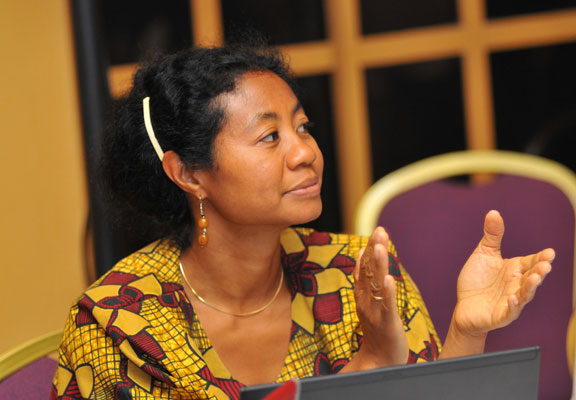