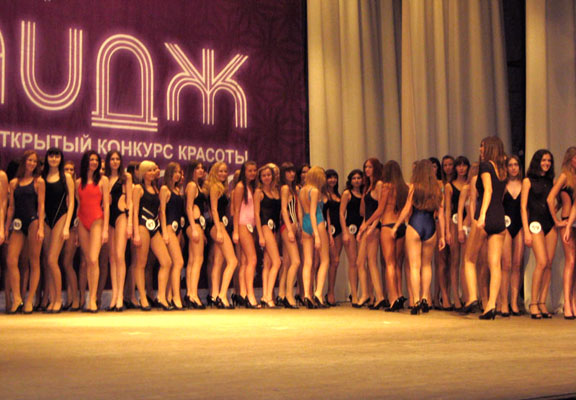 September opens on a strong footing with “Girl Model,” a documentary about a 13-year-old who leaves her family in rural Siberia to work as a model in Tokyo. Also at the top of the month, “For Ellen” is another must-see.

(WOMENSENEWS)–Here’s your roster of September films by and about women, all lined up in chronological order and ready for your viewing pleasure. I recommend almost all of these films–narrative and nonfiction–but a couple should be skipped.

"For Ellen" is one of the month’s must-sees. Korean-born writer-director So Yong Kim sensitively tells the story of a single father’s anguished realization that he should leave his beloved child in the custody of his ex-wife. Paul Dano beautifully portrays the rock and roller who adores his daughter, Ellen, but cannot handle the responsibility of caring for her. His struggle, and its impact on Ellen and his ex-wife, is heartbreaking.

"Girl Model" is a harrowing documentary about a young woman trying to escape hardship. In the documentary, filmmakers Ashley Sabin and David Redmon track 13-year-old Nadya Vall, who leaves her impoverished family in rural Siberia to work as a model in Tokyo, where blond, blue-eyed girls are hot properties. Model-turned-agent Ashley Arbaugh is ambivalent about her recruitment of the naive girl, who is traumatized by continual rejection as she parades before bookers who inspect her as though she were meat.

"Detropia" documents Detroit’s decay, showing once prosperous Motown now on the verge of an economic and emotional breakdown. Filmmakers Heidi Ewing and Rachel Grady follow diverse women and men, who serve as tour guides to the blighted city’s plight: abandoned factories, thousands of houses set to be razed and congregations of unemployed and homeless citizens. Beautifully shot, the verite documentary is an affecting elegy to Ewing’s hometown and a provocative view of everytown America. A truly stunning must-see film.

"Hello I Must Be Going" is a charming, funny, smart rom-com about recently divorced Amy (Melanie Lynskey) who returns to her parents’ home and submits to their pressures to start over. She does, falling into lust with a 19-year-old actor. What’s the outcome? See the endearing, laugh-filled film to find out.

"Bachelorette" isn’t up to snuff. Better to stay home and see a rerun of the reality TV show than sit through this effort by writer-director Leslye Headland to satirize pre-nuptial celebrations and unspoken rivalries between the bride and her three BFF bridesmaids. Talented stars Kirsten Dunst, Isla Fisher and Lizzy Caplan deserve a smarter project.

"Francine" is a heart-wrenching study of a marginalized woman’s devastating vulnerability. The film brings us close to a woman trying to overcome the trauma of incarceration (for an undisclosed crime) and establish a new life in a small town, where she befriends stray cats instead of citizens. Written and directed by Melanie Shatsky and Brian Cassidy (a wife and husband team) and starring marvelous Melissa Leo.

"Liberal Arts" brings lovers’ disparate ages into focus as Zippy, a 19-year- old college student (Elizabeth Olsen) falls for a 30-something alumnus (Josh Radnor, also the film’s writer-director) who returns to campus for his professor dad’s retirement party. She, as it turns out, is more mature and adept than he at handling the romance and the situation in this smart, sensitive film.

"Diana Vreeland: The Eye Has to Travel" is filmmaker Lisa Immordino Vreeland’s fascinating profile of her grandmother-in-law, the "Empress of Fashion," who ruled in the realms of style, beauty, art, publishing and culture for most of the 20th century and launched the careers of Twiggy and many other blond, blue-eyed models whose looks set standards by which many women measured their self-esteem.

"About Cherry" is about 18-year-old Angeline (Ashley Hinshaw), who finds her way out of hard times living with her alcoholic mom (Lily Taylor) and violent dad by posing for nude photos. She’s seduced by a charmingly smarmy lawyer (James Franco), falls under the influence of a former-porn-star-turned-director (Heather Graham) and is soon deep in the tawdry waters of pornography. The tale takes predicable turns and is marred by accelerated situational pathos. But Hinshaw is credible and Taylor is, as always, brilliant. Co-penned by Lorelei Lee.

"House at the End of the Street" is about a mom and daughter who move to a new town and discover that the house next door is haunted by a shocking past and very troubling present. Starring Elizabeth Shue and Jennifer Lawrence. Good plot, good scares, good performances. No spoilers. See it!

"Bringing Up Bobby" is writer-director (and "X-Man" star) Famke Janssen’s first feature. Here, a single mother, Olive, played by Milla Jovovich, uses charm and impressive con artistry to provide for her adored young son. It’s all fun for a while, but entertaining capers turn serious when Olive’s criminal past catches up with her and she’s incarcerated and faces excruciating decisions about what she must do to give Bobby a decent life.

"Backwards" is the story of Abigail Brooks, a rower, who must choose between her dad-instilled ambitions for Olympic gold and her awakening sense of joyful obligations to family, friends and community. This uplifting story is well told, well performed and never sappy. Written by and starring Sarah Megan Thomas.

"Won’t Back Down" is about women who refuse to be marginalized. They are working moms who stand up to authorities to demand that their local public school provide their kids with a good education. Brin Hill scripted the film, which features powerhouse performances by Maggie Gyllenhaal, Viola Davis, Holly Hunter and Rosie Perez. Go Moms!

"How to Survive a Plague" is a gripping chronicle about how those who support the LGBT community, including women and men, gay and straight, organized to demand that the U.S. government and health care system make the HIV/AIDS epidemic a priority, find life-sustaining treatments and treat patients humanely. The brave efforts of ACT UP and T.A.G. leaders, Iris Long included, converted civic desperation and justified rage into massive activism that brought great results. This affecting, inspiring documentary inadvertently raises the remarkably relevant question of whether it takes a plague to galvanize citizens to take action.

Would you like to Send Along a Link of This Story?
https://womensenewsp.wpengine.com/story/arts/120905/girl-model-sets-september-films-in-motion 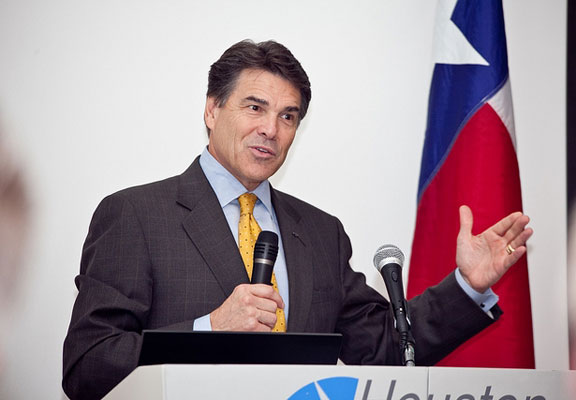 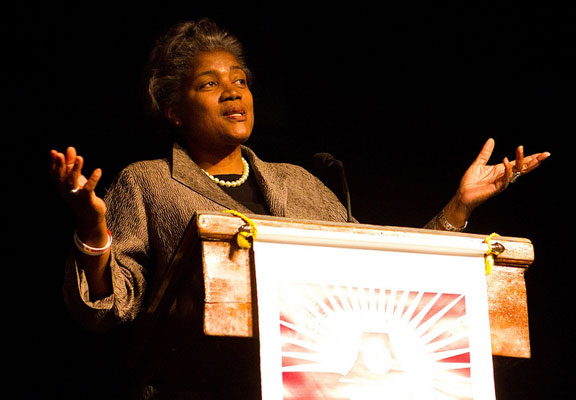 Black Women Need to Be Heard on Health Issues