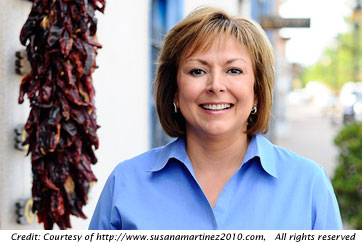 New Mexico’s Susana Martinez and South Carolina’s Nikki Haley could be the first women of color to win a U.S. gubernatorial race. But that’s only the start of what their candidacies have in common.

Either one, if elected, could become the first woman of color to serve as a state chief executive.

Both women are leading in the polls, with Haley’s lead more sizable than Martinez, who is nonetheless considered to be a few points ahead of her pro-choice Democratic opponent Denise Denish.

If Haley, who represents the 87th District in Lexington County, wins, she will be the second Indian American governor in the country.

Martinez, the Dona Ana County district attorney, is the first Hispanic female gubernatorial nominee in either major party in any state.

Both candidates are reluctant to call attention to their ethnic heritage or sex.

Both are fiscally conservative and object to Obama’s health reform law. Haley calls it "unconstitutional" and both say big government is not the way to deliver health care.

Haley, a first-generation American, and Martinez, who was born in El Paso, Texas, close to the Mexican border, both oppose leniency for undocumented immigrants.

"Martinez understands first-hand the threat these criminals pose to our state and will make securing the border a top priority," the candidate’s Web site says.

Martinez, whose running mate John Sanchez is also of Hispanic heritage, says she will work to repeal the law that allows undocumented people to obtain driver’s licenses and will oppose the practice of offering undocumented people free tuition through taxpayer-funded lottery scholarships.

Her candidacy could test Democrats’ hopes that Arizona’s immigration law would boost their support among Hispanics. A new national poll finds Hispanics, as a group, less likely to vote after the year’s bruising immigration politics.

Haley, whose running mate is city council member Ken Ard, says on her Web Site she will enforce laws that will "send a message to illegal immigrants that South Carolina will not be the destination of choice."

While Haley, 38, shies away from identity politics–"It’s not about gender; it’s not about race," she told Politico during the primary–she does also benefit from them.

In her endorsement, Palin called Haley "a proud daughter of immigrants who worked night and day to achieve the American dream."

Martinez’s immigrant identity can sometimes backfire. When she spoke at Eastern New Mexico University on Sept. 20 for Hispanic Heritage month, a Hispanic advisory group at the college, Association to Help Our Race Advance, protested because of Martinez’s staunch opposition to undocumented immigrants.

There is one notable difference between Haley and Martinez.

Haley is the first woman to run for governor in her state.

Not so for Martinez, who shares that distinction with her opponent, Democrat Diane Denish. This race will produce New Mexico’s first female governor, whichever way it turns out.

Denish, elected the state’s first female lieutenant governor in 2002 after serving as the chair of the state’s Democratic Party, opposes Martinez on almost all counts. Among other things, Denish supports abortion rights and health benefits for domestic partnerships.

Would you like to Send Along a Link of This Story?
https://womensenewsp.wpengine.com/story/campaign-trail/101011/martinez-haley-run-governor-gop-twins

Mary Kate Boylan is an editorial intern at Women’s eNews and a communications major with a concentration in journalism at Manhattan College in the Bronx. N.Y. 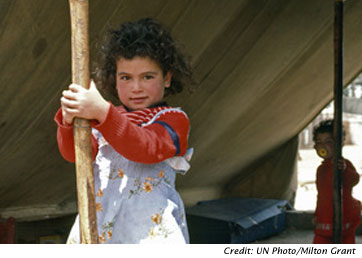 Breastfeeding On My Time