Student elections at universities in Kenya were for decades embroiled in violent national politics. But as peace takes hold more female students are giving student politics a shot. Fourth in a series on higher education in Africa.

NAIROBI, Kenya (WOMENSENEWS)–It is Friday morning and Asha Omar joins her colleagues for the once-a-fortnight meeting of the cabinet of the University of Nairobi’s student union.

It’s a routine meeting, but Omar, 22, a fourth-year student majoring in business, is making history. She is the first woman to represent Lower Kabete, one of the seven campuses of the University of Nairobi, Kenya’s first public university.

Omar sees her job as similar to that of any student representative. “Just the kind of duties any person at the administrative position is called to undertake regardless of gender,” she says.

As more women enter college in Kenya, like Omar, a growing number of them in the country’s university student ranks of about 150,000 are giving student politics a shot.

But the hurdles to female leadership are still considerable in a country where student politics, until only a few years ago, were enmeshed in the country’s broader political struggles, says Virginia Njuguna, a fourth-year chemistry major and treasurer of the University of Nairobi Student Organization.

“Female students campaigning for posts have to put up with having their posters constantly removed as soon as they are put on the walls,” says Njuguna. “They are pushed off campuses when they hit campaign trails and have dirt thrown at their face. Woe to them who go for the big posts of chairmanship or the secretary general, then you risk physical abuse.”

Students on almost every campus, she adds, also contend with a shadowy group known as the “Summit,” a student gang that originally formed to oppose Kenyan President Daniel Arap Moi in the 2002 national elections. The gang routinely intimidates student candidates by requiring them to make payments in order to safely address a campus gathering. She says Summit agents–who are students–are rarely satisfied with a single payment and demand payments every time a candidate steps onto their campus to address follow-up meetings.

Ben Adhiambo, secretary general of the University of Nairobi’s student government says his group has never had a female in a top-level position–either chair or secretary general–and attributes this to violence associated with past elections.

However, he says 6 of the 18 members of the current student cabinet are female, a record for the 44-year-old university. As elections have become more peaceful, he says women’s interest and participation is rising.

During the radical and militant politics of the 1970s, 1980s and 1990s–when student elections were used as a proxy test of opposition strength under President Moi–students often served on the front line in run-ins with the police during demonstrations, says Njuguna. Student candidates would get financial support from both pro- and anti-government camps, making elections volatile and dangerous.

Candidates, Njuguna says, could sometimes be incarcerated to prevent their nominations or elections. Fist fights were common among male candidates.

When the Narc party under Mwai Kibaki took office in 2003 in the first democratic transfer of power, all that began to change, says Njuguna.

In 2003 Kibaki disengaged the presidency from the university system, which removed direct government influence, and appointed chancellors to oversee it.

Njuguna says the new system has reduced interference by national political leaders and helped reduce the strikes and riots that used to be common in Kenya’s public universities.

Kenya has seven public universities and a dozen others that are either privately owned or church-run. Kenya’s Ministry of Education estimates that about 10 percent of all secondary students go on to college and at least one school–the Jomo Kenyatta University of Science and Technology–has an affirmative action policy to boost women’s participation in student government.

Mugo was elected in 2005 as secretary general of the Kenyatta University Students Association, the country’s second largest university with 28,000 students, almost 60 percent male. As role models she points to two people: her single mother, who is a laboratory technologist, and Wangari Maathai, the Kenyan environmentalist and women’s rights activist who won the 2004 Nobel Peace Prize.

Mugo says she is pressing the school’s administration to expand reproductive health services to low-income female students and to provide better living conditions to female students with children. One issue: better cleaning and maintenance of bathroom basins that student mothers use to bathe their babies.

Mugo, now in her fourth year of a business major, says female students struggle with the problem of low self-confidence engendered by a society that still often expects women to be seen and not heard and a legal system that lags on such women’s rights as property ownership.

Mugenda says female students’ interest in school politics has been fostered by foreign exchange programs, clinics and workshops led by women rights groups such as the Nairobi-based Coalition on Violence against Women, the Nairobi-based Education Center for Women in Democracy and Njoki Ndung’u, a gender activist and member of Parliament.

Students interested in student government have also received pep talks from the small minority of women–13 out of 210–who serve in Parliament, the highest in Kenya’s history.

Martha Karua, Kenya’s minister for justice and constitutional affairs, is one of those women.

“I see it as important for young women in universities who feel that they have a calling to leadership of whatever form to actively take part in student governments,” she says, “and should regard this as good training ground.”

Henry Neondo is a journalist based in Nairobi, Kenya. 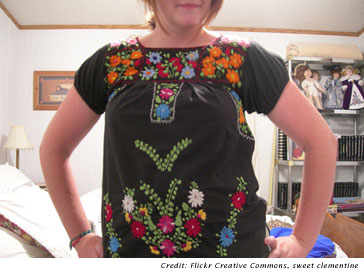